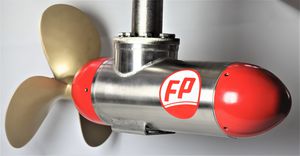 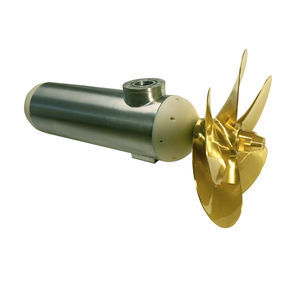 ... with 40 t displacement or more. Shaft versions as parallel-hybrid drive can also be used in combination with a large combustion engine. Two electric motors can be attached to one drive shaft in parallel ... 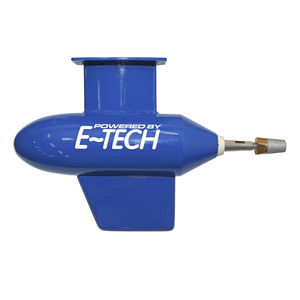 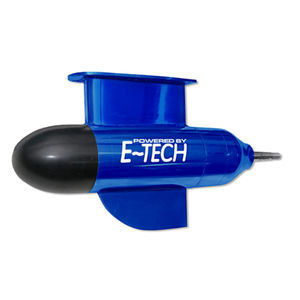 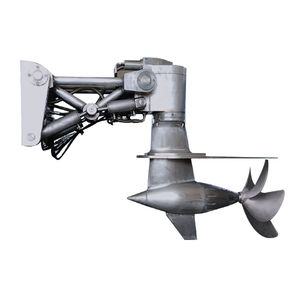 HydroPOD (HPD) is an hydraulic POD. It can transfer to the propel-ler 500 [HP] of power output and 2500 [Nm] of torque. Its shapes, simple and cJean, are the resuit of a spécifie hydrodynamic analysis to obtain the least ... 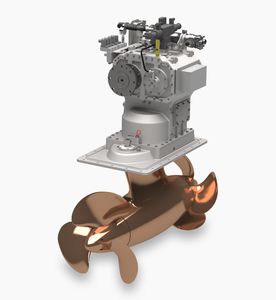 ... propellers which results in low propeller load. reduced cavitation and noise more thrust at high speed The pod drive comes with a rigid design in combination with a rudder. This allows for ...

Azipod® VI propulsion is a unique azimuthing solution for ice applications in power range 5-17MW. With a built-in high-efficiency AC motor and fixed-pitch propeller mounted directly on the motor shaft, it stands out from other thruster ... 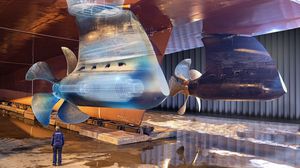 ... every vessel. Not only the ship itself, but also its propulsion systems have to operate on the highest level of performance. With the mono-propeller propulsion system SISHIP SiPOD-M, Siemens offers you a solution for ...

Electric azimuth thrusters In combination with a power management system, electric drives increase the efficiency of the propulsion system and reduce fuel consumption. Electric energy generation systems on board are ... 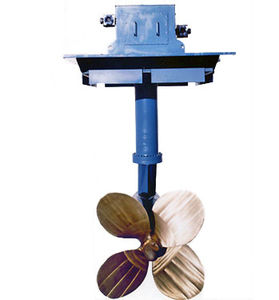 Hydraulic L-Drive thrusters are thru-hull azimuth thrusters using Thrustmaster’s exclusive hydraulic podded propeller drives. They are available in a range from 75hp (55kW) to 3,000hp (2250kW) with either ... 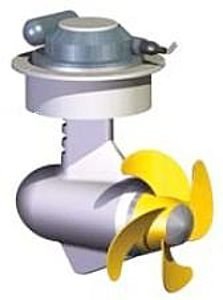 The pod drive for ships is an azimuth propulsion system also known as an Azipod®. It uses propellers mounted on pods that can pivot through 360°, giving the vessel great maneuverability. It is usually electrically powered.

These devices are used on large passenger ships requiring great maneuverability in port. However, they are not found on ships of great displacement or those carrying heavy cargoes, such as large tankers and container ships.

The pod drive has two main components. The submerged part, the pod itself, holds the electric motor, propeller shaft and propeller. The steering element connects the pod to the ship. The various possible configurations include Kort nozzle and counter-rotating propellers. Many are traction devices, the propellers facing the bow.

Choice will depend on a number of factors, including dimensions, propeller type, shafting and power required for optimal propeller performance.

Extend the search
Search by manufacturer
Average score: 3.5/5 (8 votes)
With NauticExpo you can: Find a nearby distributor or reseller| Contact the manufacturer to get a quote or a price | Examine product characteristics and technical specifications for major brands | View PDF catalogues and other online documentation
*Prices are pre-tax. They exclude delivery charges and customs duties and do not include additional charges for installation or activation options. Prices are indicative only and may vary by country, with changes to the cost of raw materials and exchange rates.
Compare
Remove all
Compare up to 10 products