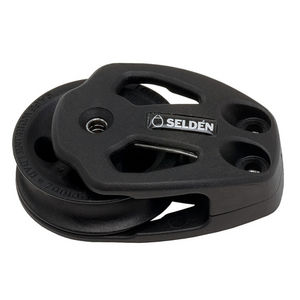 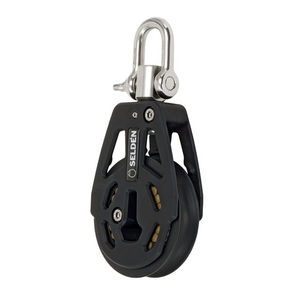 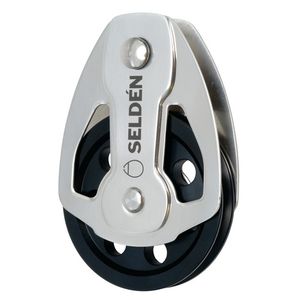 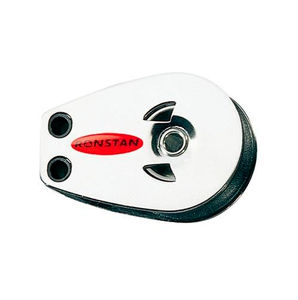 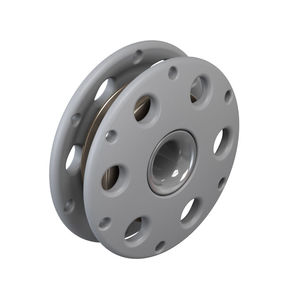 Grey KB6 round lashing block The KB is Karver’s iconic round block. It is one of the first products that we have designed and it is a concentrate of our DNA : Performance, Innovation and Design. It is ... 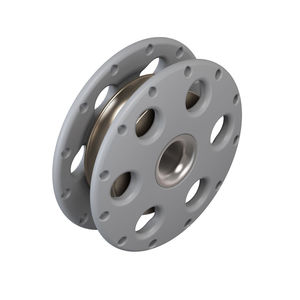 KB6 round lashing block The KB is Karver’s iconic round block. It is one of the first products that we have designed and it is a concentrate of our DNA : Performance, Innovation and Design. It is timeless, ... 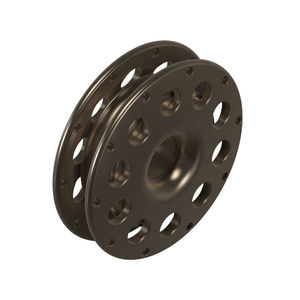 Grey KB8 round lashing block The KB is Karver’s iconic round block. It is one of the first products that we have designed and it is a concentrate of our DNA : Performance, Innovation and Design. It is ... 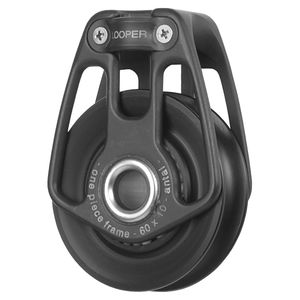 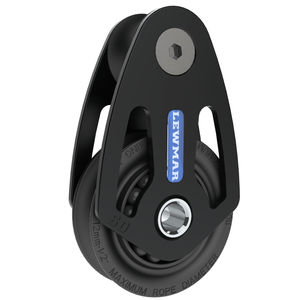 ... in the Lewmar HTX Hardware Range. Drawing upon the design of the Racing Range, the HTX blocks are constructed simply from high quality materials, providing enhanced reliability. HTX blocks ... 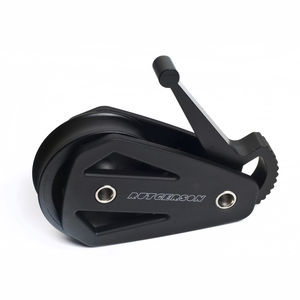 Foot block with reinforced composite sides, spherical plain bearing and a jammer solution in aluminium. These foot blocks are stackable. 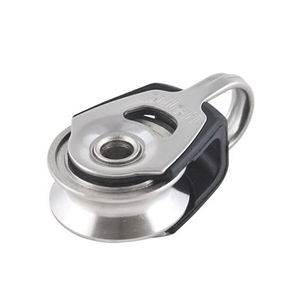 Allen 20mm Dynamic Blocks feature the patented Allen Dynamic bearing system which provides an unrivalled weight to performance ratio. This is coupled with our high strength and rope friendly stainless ... 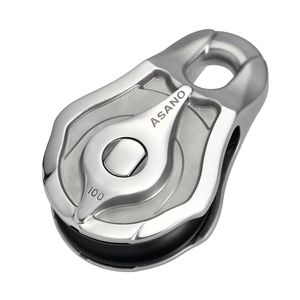 ... integral structure. In addition, the material is the special stainless steel with high corrosion resistance often used for industrial parts such as seawater pumps. (excluding machined nylon sheaves.) Since ... *Materials: Special Stainless steel,Sheave pin/Swivel/Swivel pin/arm pin: SUS304,Grease nipple: brass *Working load limit does not apply to the becket. *The working load corresponds to the working load of the bearings. *This product ... 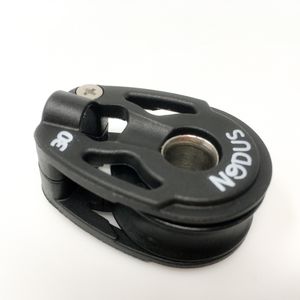 ... attachment point, allowing for lightweight side plates. The link blocks share the same performance bearing system as the dynamic blocks. + DESCRIPTION The Nodus pulley stands out for its high ... 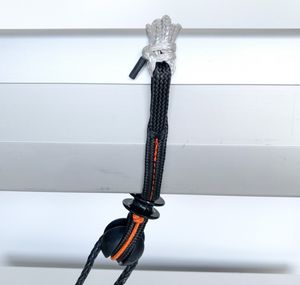 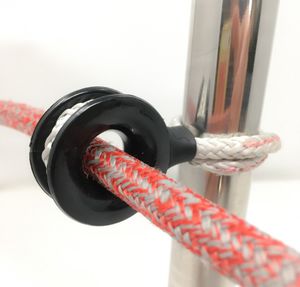 Nodus Factory stanchion pulley: with friction and textile fixing system. It allows to reduce the friction of the reel end. Its unique system with its textile loop and friction ring allows an automatic alignment. Also available as an ... 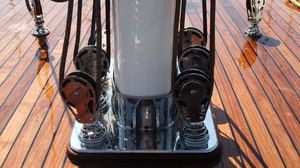 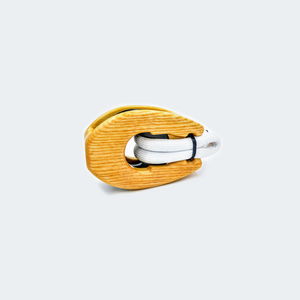 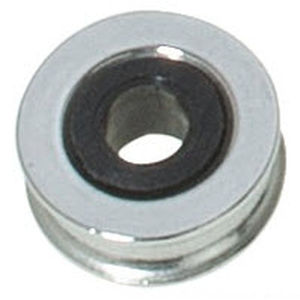 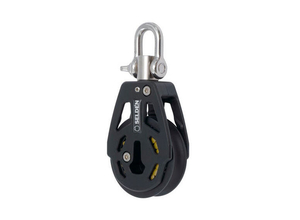 A high-load block is designed to withstand significant working loads. It is used to multiply mechanical advantage or to reduce friction when the run of a line includes a sharp angle.

As with other blocks, the various versions of these fittings include snatch blocks, becket blocks to create a block and tackle, swivel blocks and those attached by shackles and snap shackles. They are used wherever loads are significant and reliability requirements exceptional. Such blocks serve as deck-mounted halyard or sheet leads, as part of sheet tackle and in other situations.

Cable blocks generally have stainless steel sheaves and cheeks. In contrast, those for rope line are often of aluminum, since they are subject to less abrasion and sheer strain.

Roller bearing blocks are the most efficient. The reduced contact between the axle and the sheave minimizes friction, as would ball bearings, but the additional width of the rollers distributes the load over a greater surface, making the block stronger than ball bearing or friction models. Some particularly high-tech versions are made of titanium, extremely light, but very expensive. They are generally only used by top-level competitive sailors.

Choice will depend on the block's precise function, the way it will be fastened and the loads it will have to bear.

Extend the search
Search by manufacturer
Average score: 3.7/5 (29 votes)
With NauticExpo you can: Find a nearby distributor or reseller| Contact the manufacturer to get a quote or a price | Examine product characteristics and technical specifications for major brands | View PDF catalogues and other online documentation
*Prices are pre-tax. They exclude delivery charges and customs duties and do not include additional charges for installation or activation options. Prices are indicative only and may vary by country, with changes to the cost of raw materials and exchange rates.
Compare
Remove all
Compare up to 10 products