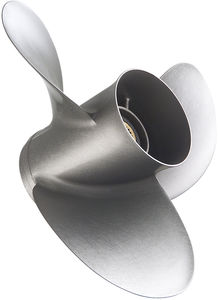 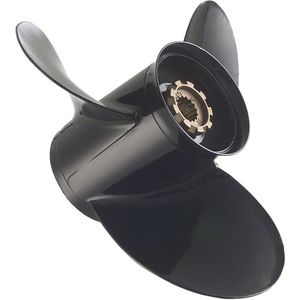 ... best overall boat performance, there's no substitute for a Mercury Propeller. Built with pride in Fond du Lac, Wisconsin, USA. Trusted everywhere. How do you make a Mercury® propeller? One exacting ... 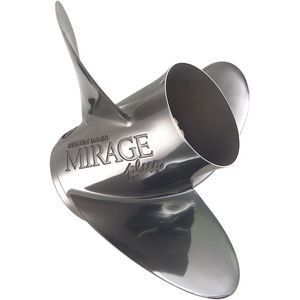 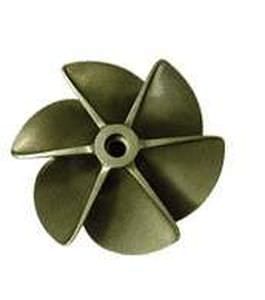 ... Rolla surface-piercing propellers are designed through systematic tunnel testing. We consider the lateral, vertical and horizontal thrusts combined with different diameter and pitch options to determine ... 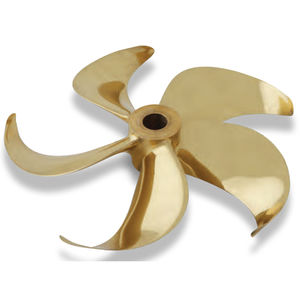 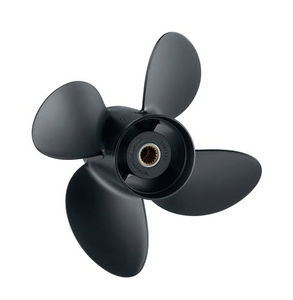 4-blade The four-blade propeller features the same strength and durability as the three-blade propeller. Four blades provide increased torque for heavy loads and maneuverability together with great stern ... 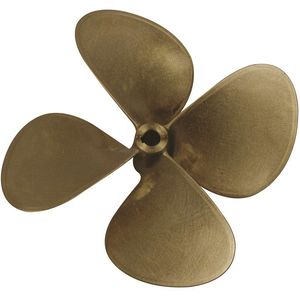 The Bravo I four-blade stainless steel propeller is included as standard equipment on more go-fast stern drive boats than any other high-performance propeller. The Bravo I is an ideal fit for high-speed ... 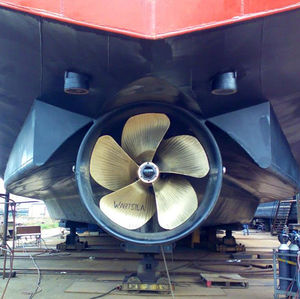 ... yachts and government-owned ships with propeller diameters of up to 3500 mm, as well as for various special vessels, all with their own characteristics. Wärtsilä supplies fixed pitch ...

Alpha 4 The Alpha 4 aluminum propeller provides four-blade performance and acceleration at an affordable price. The Alpha 4 is an outstanding propeller for stern drive-powered runabouts, as well as cruisers. ... 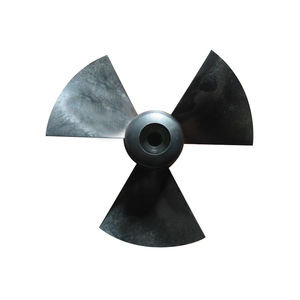 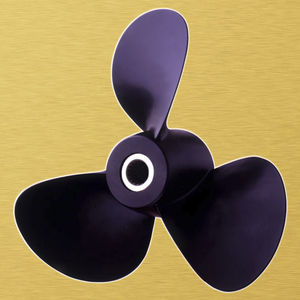 ... Magnesium alloy propellers are worked with tollerances ISO 484 class 1°, dynamically balanced and painted in black color with a special epoxy powder which is axtremely hard and resistant to abrasion. Attention Our ... 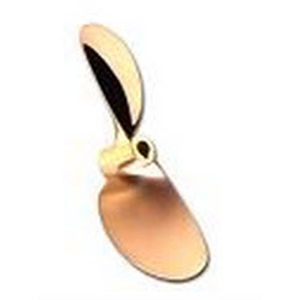 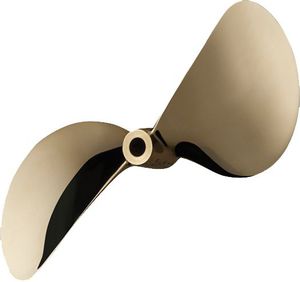 The cruising sailors’ propeller. Its skewed sections are designed to reduce vibration. The HYDRASAIL offers a similar performance under power to a conventional 3 blades propeller, but due to its reduced ... 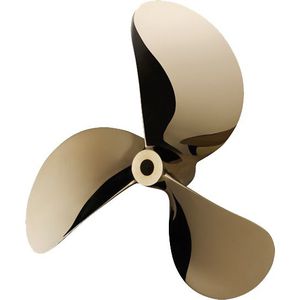 The HYDRAPOISE 3.45 is ideal for low powered displacement workboats and auxiliary sail craft. The aerofoil sections are designed to give optimum performance and manoeuvrability. Manufactured from high tensile manganese bronze as standard, ... 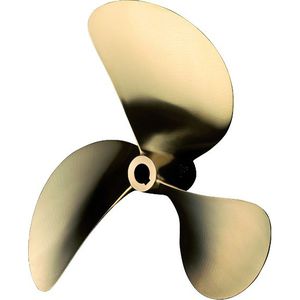 The HYDRAPOISE 3.55 is considered the « industry standard» for medium speed boat inboard cruisers and it is designed for applications where smoothness and performance are essential. With a disc area ratio of 55%, it can be used on displacement ... 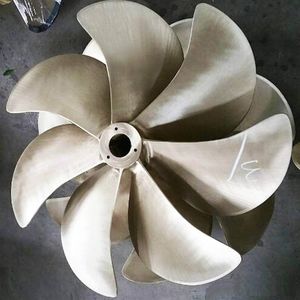 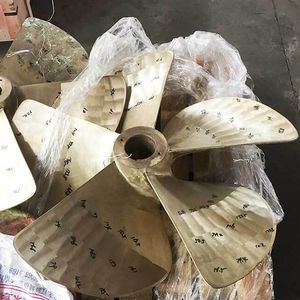 ... of fixed pitch propellers and the shafts, shafting accessories for various vessels, which in the scope of: Propeller Diameter: 800~8000mm; Blade Design Type: Kaplan, ... 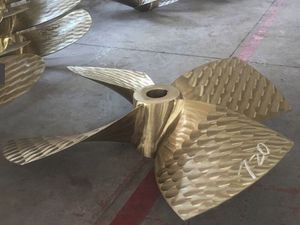 4- blade fixed pitch propeller (FPP) is the most common type propeller. Fountom propeller designs are matched to the vessel's hull and its operating ... 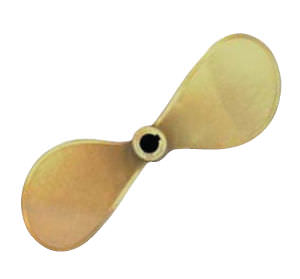 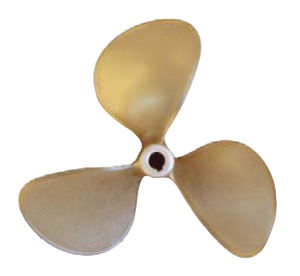 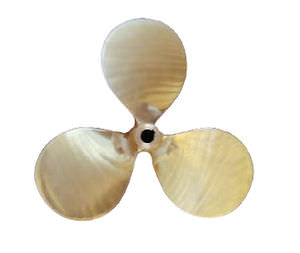 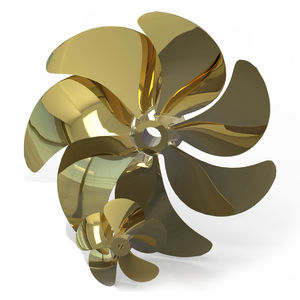 Poseidon has an unique propeller in her portfolio! A cavitation free bowtruster propeller. This propeller will create no yelling annoying noises! And so your tunnel thruster will ... 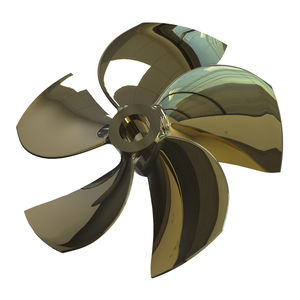 ... supply a propeller that will meet and maybe even exceeds your requirements. Poseidon Propulsion will maintain a constant improvement to stay at the foreground of designing and manufacturing of ship’s propellers ...

... Poseidon has an unique propeller in her portfolio! A cavitation free bowtruster propeller. This propeller will create no yelling annoying noises! And so your tunnel thruster will ... 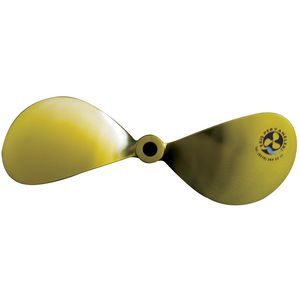 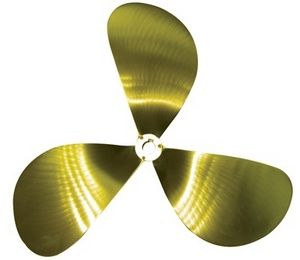 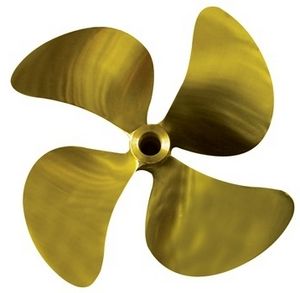 Normal open propeller for Each boat & situation we wil offer you a suitable propeller design with our inhouse engineering. The blade area is designed to minimise drag when sailing, but ensure good thrust performance when powered.

Craftsman Marine propellers are machined with a tapered shaft hole (1:10) and a keyway. They are well balanced and finely machined at the edges, to prevent propeller singing. The propellers ... 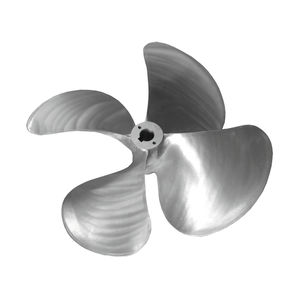 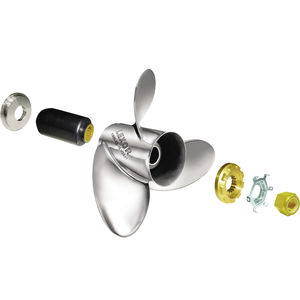 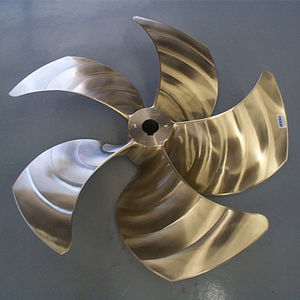 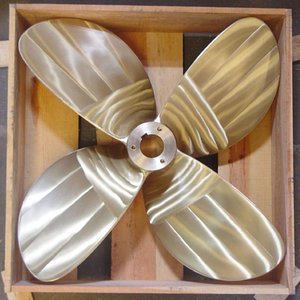 A fixed-pitch propeller is the simplest propeller type. It consists of a series of blades around a hub attached to the end of the rotating propeller shaft. Its popularity derives from its relatively low cost. The many varieties are categorized by material, such as bronze, aluminum and plastic, or by design, including three-, four- or five-blade models and surface-piercing versions.

Blade rotation generates water flow. The effect is similar to that of airplane wing. Blade profile and angle of attack produce a pressure differential between the forward and aft faces of the propeller, resulting in thrust.

Ship size and engine power will determine propeller blade size. Undersized blades result in significant loads, which the propeller will be unable to handle. Propeller material characteristics also should be considered. Often, fixed pitch propellers are made to order. Manufacturers have the necessary software and equipment to guide selection.

Extend the search
Search by manufacturer
Average score: 4.1/5 (50 votes)
With NauticExpo you can: Find a nearby distributor or reseller| Contact the manufacturer to get a quote or a price | Examine product characteristics and technical specifications for major brands | View PDF catalogues and other online documentation
*Prices are pre-tax. They exclude delivery charges and customs duties and do not include additional charges for installation or activation options. Prices are indicative only and may vary by country, with changes to the cost of raw materials and exchange rates.
Compare
Remove all
Compare up to 10 products