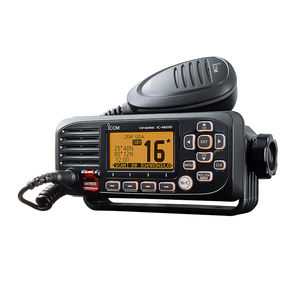 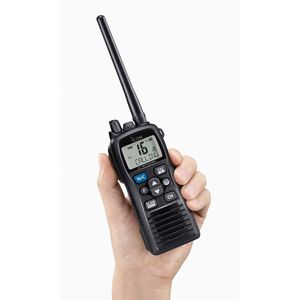 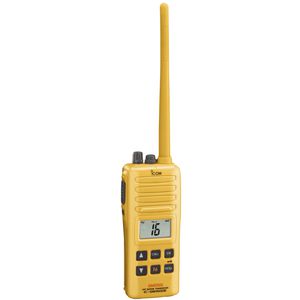 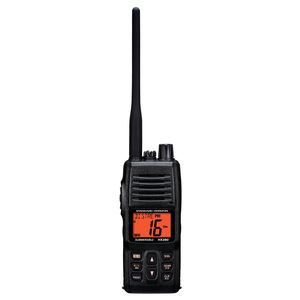 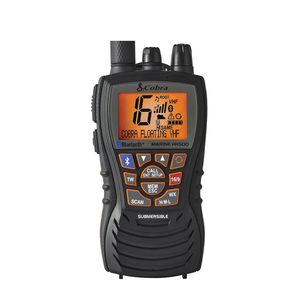 Our most amazing handheld VHF Radio! This compact floating radio features Bluetooth® Wireless Technology to make and receive phone calls. It will keep your cell phone safe and dry while ... ... technology, these marine portables give you the option of displaying a battery cycle count each and every time you power-on your radio. For your convenience it will even alert you to imminent battery life expiration. The ...

The submersible radio is a portable voice communications device generally using VHF or UHF frequencies. It is distinguished by the fact that it meets IP68 standards. This requires the radio to continue working even after 30 minutes at one meter below the surface.

Such radios are used by crew members a long way from one another. This type of device is not capable of underwater communications.

Operating frequencies depend on whether the radio is a VHF or UHF model.

Choice will depend on the radio's ability to withstand immersion. Some remain functional even after an hour at five meters' depth.

Extend the search
Search by manufacturer
Average score: 3.2/5 (27 votes)
With NauticExpo you can: Find a nearby distributor or reseller| Contact the manufacturer to get a quote or a price | Examine product characteristics and technical specifications for major brands | View PDF catalogues and other online documentation
*Prices are pre-tax. They exclude delivery charges and customs duties and do not include additional charges for installation or activation options. Prices are indicative only and may vary by country, with changes to the cost of raw materials and exchange rates.
Compare
Remove all
Compare up to 10 products