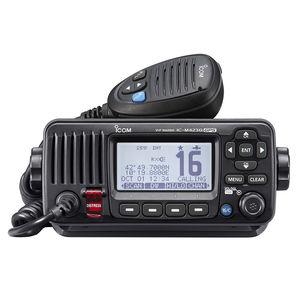 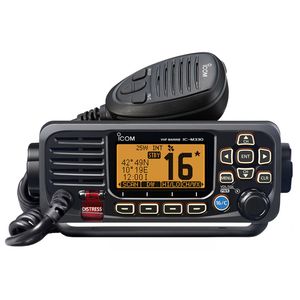 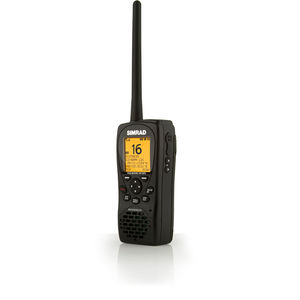 ... clear graphical display. Lightweight, Waterproof, and even Floats The HH36 weighs less than 300 grams for convenient carry. The handset is rated as waterproof to the JIS-7 standard, making it an ideal ... 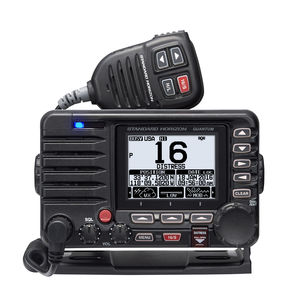 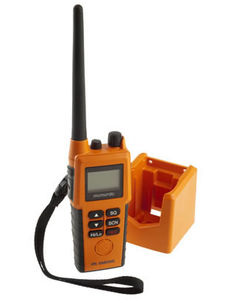 ... GMDSS safety standards for compliant vessels. More than just an emergency radio, the R5 is packed with features, can be easily used even when wearing gloves and its rugged waterproof design means it’s ... 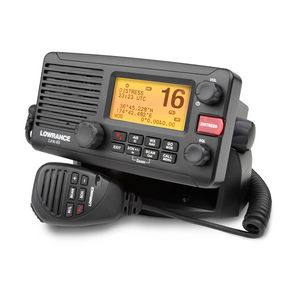 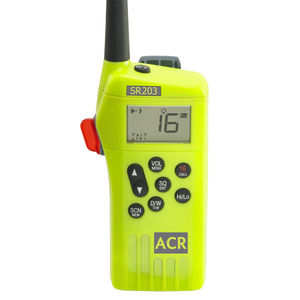 The all ACR SR203 GMDSS VHF Handheld Survival Radio meets all the requirements of the IMO for carriage on SOLAS vessels. Built tough for all marine applications and easy to use in an emergency situation, ...

The Cobra MR HH125 is a fully featured VHF radio with a rugged compact design. It's perfect for recreational boaters or as a portable backup on larger vessels. It comes standard with a removable spring ... 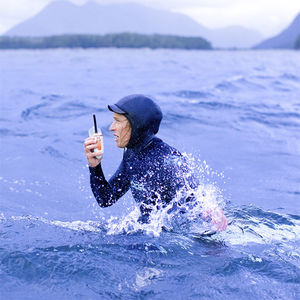 "I've been surfing for 3 years and I LOVE surfing in the winter (I know, crazy right?). It gets pretty cold and lonely off the wild coast of Maryland in the winter time and we really try to create a buddy system for safety reasons. Based ... 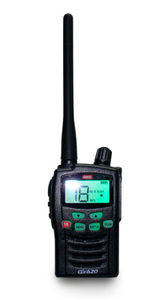 ... Handheld Marine VHF Radio offers boat owners and marine enthusiasts a substantially lower cost portable option without sacrificing features or compromising on quality. With most of the features of the ...

A waterproof radio is a VHF transceiver impervious to water, with a minimum rating of IP6 or 7.

These devices, fixed or portable, are usually used by those exposed to waves and spray. While nearly all modern portable VHFs are waterproof, similarly protected fixed units are less common. However, they can be found mounted on exterior helm consoles on rigid inflatables and other open craft.

Such radios offer the same features as non-waterproof models. Fixed versions can be as powerful as 25 W, while handhelds are legally limited to 5 W. Depending on atmospheric conditions, the former have a range of about 20 nautical miles, while the latter can communicate over three to six miles.

Some have digital selective calling (DSC) for station identification via the MMSI number, and send and receive prerecorded distress text messages indicating vessel position if the radio is connected to the GPS. Waterproof ratings range from IP0 to IP8, the latter indicating a VHF that can survive immersion to a depth of one meter. Certain fixed units can receive automatic identification system (AIS) signals.

In addition to the different levels of waterproofing offered by the various models, choice will depend on a fixed or handheld unit. Other factors include options such as DSC, GPS and AIS.

Extend the search
Search by manufacturer
Average score: 3.6/5 (16 votes)
With NauticExpo you can: Find a nearby distributor or reseller| Contact the manufacturer to get a quote or a price | Examine product characteristics and technical specifications for major brands | View PDF catalogues and other online documentation
*Prices are pre-tax. They exclude delivery charges and customs duties and do not include additional charges for installation or activation options. Prices are indicative only and may vary by country, with changes to the cost of raw materials and exchange rates.
Compare
Remove all
Compare up to 10 products