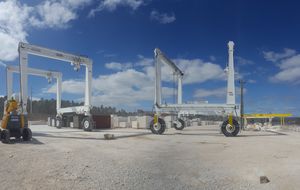 GH industrial automotive gantry cranes are available from 10ton to 400 ton as standard. With the features and benefits provided by this type of machine, it can be adapted to different industries that require lifting and ... 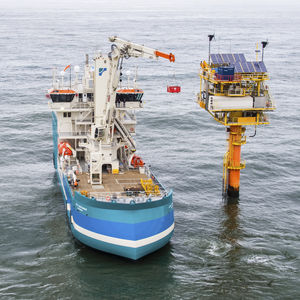 ... Our cranes are manufactured as electric or hydraulic driven, fixed, knuckle or telescopic boom options are available. According to different industry needings our cranes can be manufactured ... 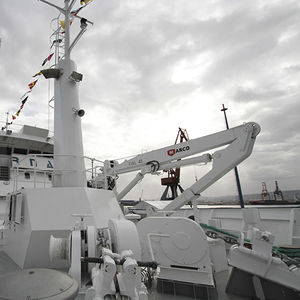 Deck Cranes Marco deck cranes are designed specifically to work in marine environments and provide support for vessels of all types, with a full range of configurations. They can be supplied in three ... 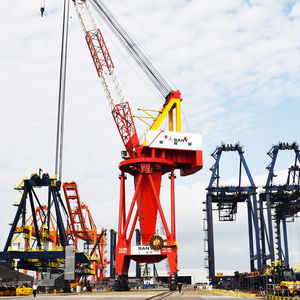 ... Slewing angle of the crane and position of the slewing motor is sent to the spreader by real time control and intelligent compensation algorithm. The spreader will move in the same angle speed in opposite to counteract ... 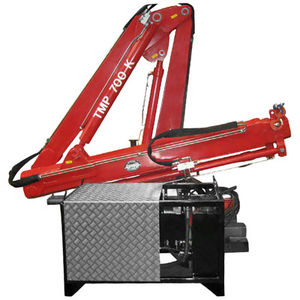 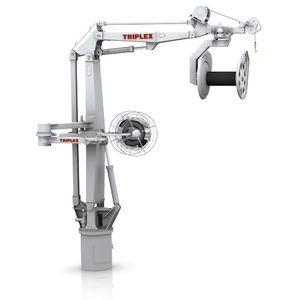 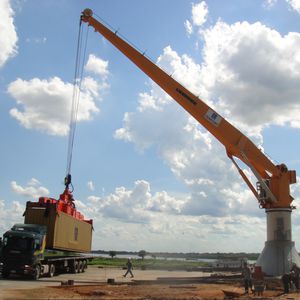 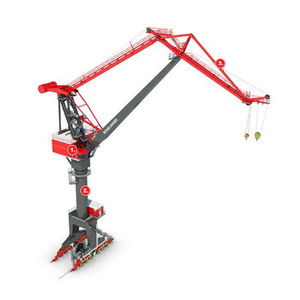 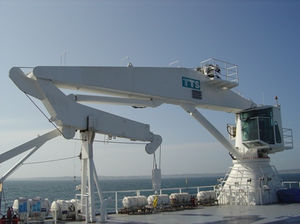 Do you experience change in your crane equipment usage? TTS is ready to meet your need for conversion and product expansion. Our team, expertise and experience accumulated through 10 000 units of Cranes, ... 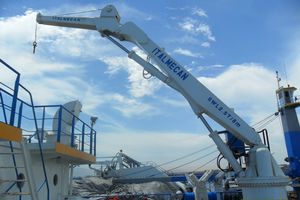 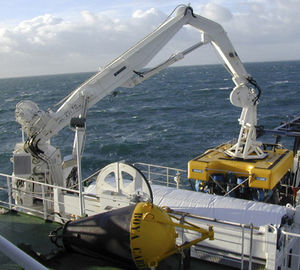 ... has a stabilizing docking-head for ROVs. Design complies with Lloyd´s and Bureau Veritas CODE FOR LIFTING APPLIANCES. The crane is interchangeable between vessels. 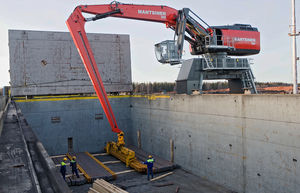 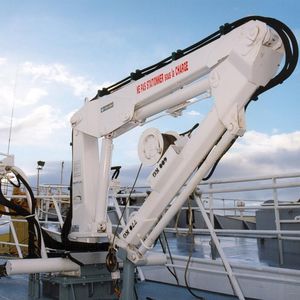 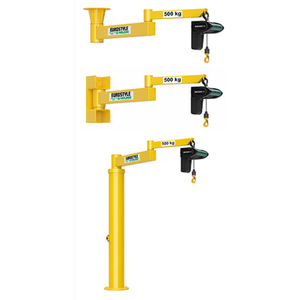 OFFSHORE CRANES ARE TAILOR MADE DESIGNED Offshore Cranes are custom-made, designed according to customer requirements in order to withstand the risks that potentially face offshore handling equipment. ... 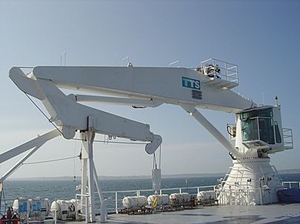 An articulated crane is composed of a tower on a rotating platform and an articulated arm for lifting and lowering heavy loads. NauticExpo features many different types including deck, port and wheeled port cranes.

Such cranes are used to load and unload ships, and to move cargo from place to place.

These cranes are characterized by an articulated arm that can fold back onto itself when not in use. The base can be either fixed or mounted on rails, caterpillar treads or tires. The support tower has bearings allowing it to rotate on its base. The articulated boom, or jib uses a cable system for lifting operations.

Mobile models usually have hydraulic legs attached to the base to ensure stability when lifting. Some versions feature a raised control station or cabin for the operator.

Choice will depend primarily on load capacity and crane dimensions. A mobile base also should be considered.

Extend the search
Average score: 4.4/5 (13 votes)
With NauticExpo you can: Find a nearby distributor or reseller| Contact the manufacturer to get a quote or a price | Examine product characteristics and technical specifications for major brands | View PDF catalogues and other online documentation
*Prices are pre-tax. They exclude delivery charges and customs duties and do not include additional charges for installation or activation options. Prices are indicative only and may vary by country, with changes to the cost of raw materials and exchange rates.
Compare
Remove all
Compare up to 10 products