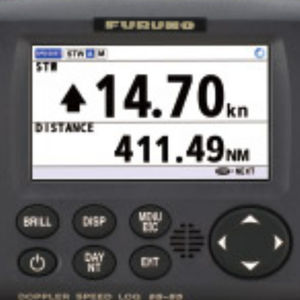 ... stable and accurate speed measurement compared to an electromagnetic speed log. Better Stability With the new transducer and newly designed process algorithm, the impact of foam is ... 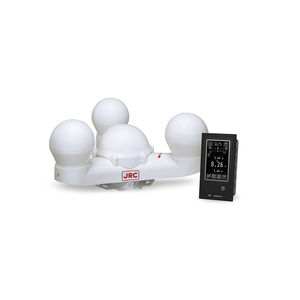 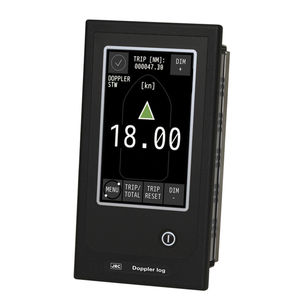 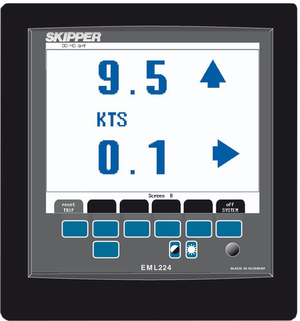 A ships speed log is an electronic instrument which measures a vessel's surface velocity.

Such devices are indispensable aboard ships, despite the presence of a GPS, which furnishes course and speed over ground. Comparing the two speed readings makes it possible to calculate the currents encountered by the ship.

A Doppler-effect sensor is mounted through the hull in a location carefully chosen to limit hydrodynamic disturbance. It detects pulses and sends them to a central unit which calculates the ship's fore-and-aft velocity. Dual-axis models also can indicate lateral speed.

The data appears as a digital readout, a graphic LCD display or on a computer screen. Logs are usually capable of indicating the distance covered in nautical miles, sometimes with a daily total.

Dual-axis logs indicate the lateral speed, very useful data when maneuvering in port, navigating through a channel or in a river.

Extend the search
Search by manufacturer
Average score: 3.0/5 (2 votes)
With NauticExpo you can: Find a nearby distributor or reseller| Contact the manufacturer to get a quote or a price | Examine product characteristics and technical specifications for major brands | View PDF catalogues and other online documentation
*Prices are pre-tax. They exclude delivery charges and customs duties and do not include additional charges for installation or activation options. Prices are indicative only and may vary by country, with changes to the cost of raw materials and exchange rates.
Compare
Remove all
Compare up to 10 products