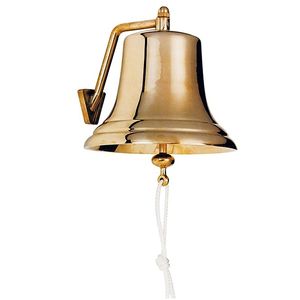 A bell is compulsory on all boats of 20 metres long and more. 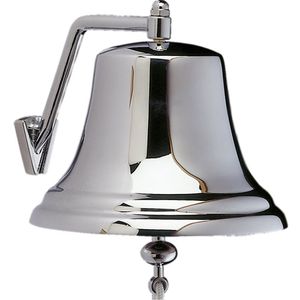 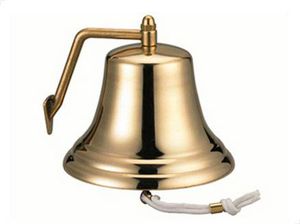 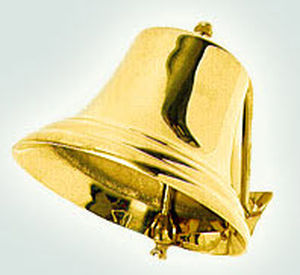 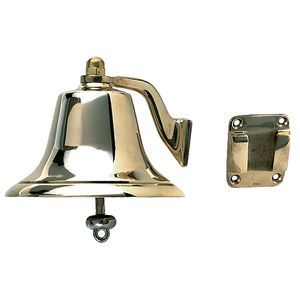 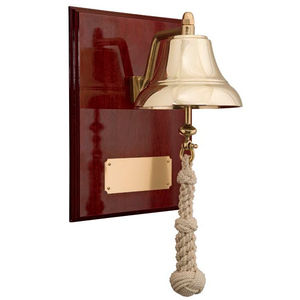 ... . Our in-house engraving service is available to customize the bell plaque with an engraved message on the accompanying brass plate. Removable 6-inch (15.2 cm) brass bell Made in Italy 9" ... 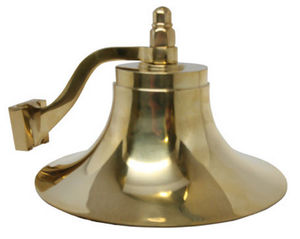 ... Coast Guard, ABYC and NMMA requirements with a minimum of 200 cm mouth opening and striker mass no less than 3% of mass of the bell. Mounting Bracket included. 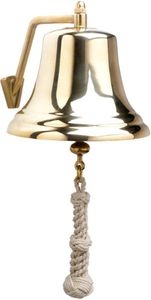 A fog bell is used to signal a vessel's presence to nearby craft when poor weather greatly reduces visibility.

These bells lend an aesthetic, old-fashioned aspect to a vessel in this era of ubiquitous electronics. Their presence on recreational craft is primarily decorative. They can still be found on some merchant vessels, though an electric or compressed air foghorn is usually used in thick fog. Even when so equipped, such ships sometimes use a bell to signal watch changes and meals.

Bells are usually made of brass, with a short lanyard suspended from the internal clapper. Some are engraved with the vessel's name.

Average score: 5.0/5 (2 votes)
With NauticExpo you can: Find a nearby distributor or reseller| Contact the manufacturer to get a quote or a price | Examine product characteristics and technical specifications for major brands | View PDF catalogues and other online documentation
*Prices are pre-tax. They exclude delivery charges and customs duties and do not include additional charges for installation or activation options. Prices are indicative only and may vary by country, with changes to the cost of raw materials and exchange rates.
Compare
Remove all
Compare up to 10 products