Until 1999, BREIZELEC was mainly an electronic subconstractor for big names of the telefon and video industries such as MATRA, ALCATEL, THOMSON, etc.

Since then, BREIZELEC diversified in various activities :

- Design and manufacturing of electronic systems,

In 2007, BREIZELEC bought the RADAR activity from SPAREX, sold under the brand RADAREX.

In 2008, the MANTAGUA LED lighting activity joined the BREIZELEC group.

In 2019, BREIZELEC moves to new headquarters and double its manufacturing facility.

BREIZELEC dedicates its entire efforts to offer customers the best electronic services and products available that allow to reduce our carbon footprint.

Since 1974, BREIZELEC is growing steadily.

BREIZELEC has 2 production sites for a total of 10.000 m² of buildings, and is now present in north America, near Montreal, CA.

BREIZELEC's organization is based on team work. Each team deals with a customer or a manufacturig process.

The company wishes to pursue its Quality management approach, through:

- The ISO 9001:2015 certification of the MANTAGUA activities, prior to the product certification of navigation lights, which should allow to develop sales at an international scale, and on various market segments

- Reduced number of returns under warranty

- Reinforcement of the responsiveness of the provision of products to customers

- Quality toolbox customized to the culture of the company to make them the most efficient possible.

Since 2005, BREIZELEC designs and manufactures LED lightings for various industries under the MANTAGUA brand. Our engineers develop the electronics, optics,  mecanics and plastics for MANTAGUA bulbs and lightings by selecting the best suppliers worldwide.
BREIZELEC aims to get the best quality/performance ratio at the right price.
BREIZELEC does not want to import asian products, which are generally of poor quality.
LED lights quality can be assessed by :

- The lighting power in lumen (lux or Candela are not adequate)

- The white color temperature, in Kelvin : warm white is essential in order to offer comfortable atmosphere (less than 3.200K)

- The led regulation : these electronic components are the most important in order to get constant lighting power and long expected life

All MANTAGUA products follow these technical guidelines in order to bring you the lighting comfort and energy savings you're looking for.
Can't find what you're searching for ?
Please call us, put us to the challenge,ask us to developp your new projects ! 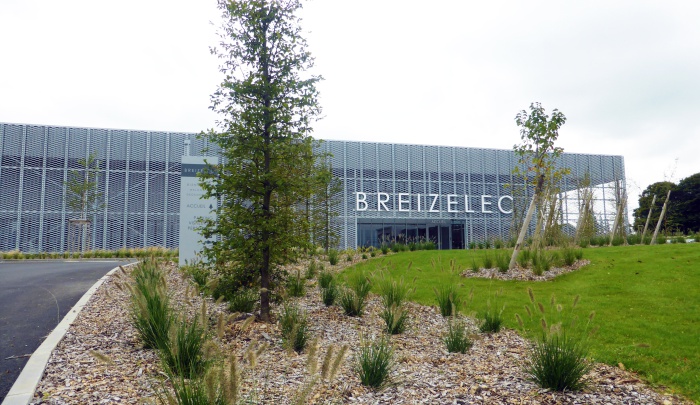