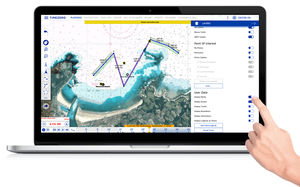 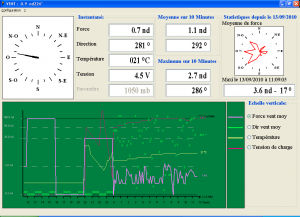 StatMETEO logs all the data in daily text file. The file format is csv for use with spread sheets. StatMETEO runs under Windows XP, Windows7. The CV7 or CV7-V must be connected to the PC via a COM port or USB/COM interface. Multi-language ... 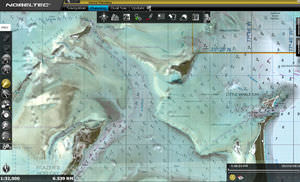 TZ Odyssey is cutting-edge navigation software, specifically designed for use aboard sailing and power boats. Its wide range of features and user-friendly interface make it the perfect solution for recreational ... 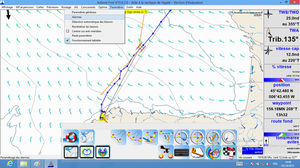 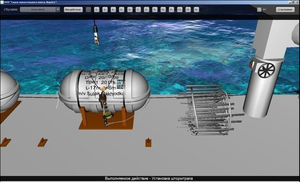 ... pyrotechnics equipment. Use of simulation software allows reducing the risk of getting injured during liferaft launching procedures, and also provide training regardless to weather conditions. Simulation ...

Compare this product Remove from comparison tool
See the other products
STORM Ltd. 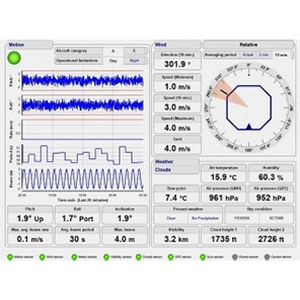 ... The systems are designed to measure all weather conditions during helicopter landing and take-off operations in order to improve both flight and passenger safety. The system can interface with multiple ... 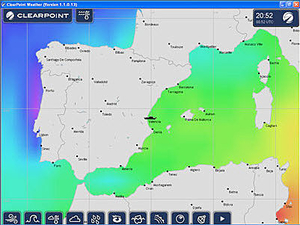 Weather software is a program allowing an onboard computer to receive, compile and analyze meteorological data to facilitate the mariner's decisions.

These programs are used on both recreational and commercial craft. Each offers a different range of functions, which may include display of WeatherFax, Navtex, RTTY or GRIB bulletins, data from on-board sensors, satellite images or even storm detection within a given radius.

Some supply Pilot Charts, which offer weather and sea data gathered by the U.S. Weather Service since 1850 from locations around the world. This includes wind, current and other sea and weather statistics for different periods of the year. Other programs suggest optimal routes as a function of vessel parameters and GRIB wind speed and direction forecasts.

Certain software only works if the boat's computer is connected to sensors. GRIB files are accessible via an Internet connection, for example via GSM (cellphone) in coastal areas or direct satellite link (e.g., standard C-band) offshore.

Choice will depend on compatibility between the vessel's computer operating system and the software.

Extend the search
Average score: 4.1/5 (32 votes)
With NauticExpo you can: Find a nearby distributor or reseller| Contact the manufacturer to get a quote or a price | Examine product characteristics and technical specifications for major brands | View PDF catalogues and other online documentation
*Prices are pre-tax. They exclude delivery charges and customs duties and do not include additional charges for installation or activation options. Prices are indicative only and may vary by country, with changes to the cost of raw materials and exchange rates.
Compare
Remove all
Compare up to 10 products